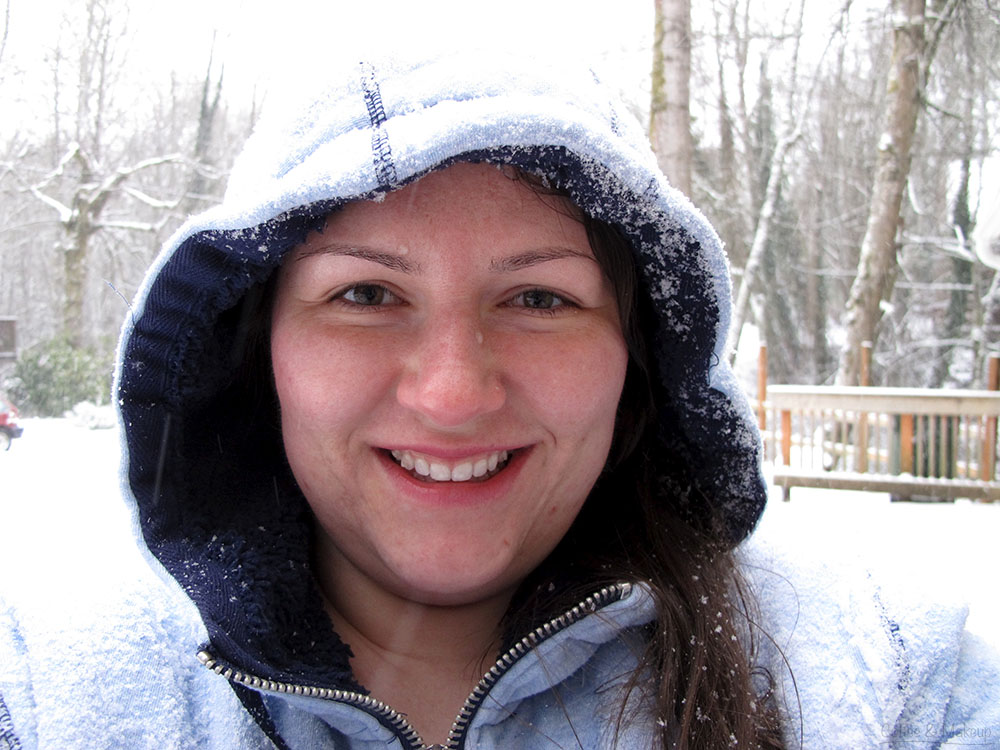 I spent all day trying to focus and work on some posts but this is what has been pulling me away from it. While Portland does get the occasional snow day, it’s pretty rare and almost never sticks for very long. I used to live in Southern California and only moved here a few years ago but according to the locals it hasn’t snowed this much in at least 8 years. I kept going outside every hour or so because the snow just kept building up and I couldn’t believe it. I finally came inside after spending the last hour outside and I am now freezing, my face is numb, and it’s hard to type LOL. 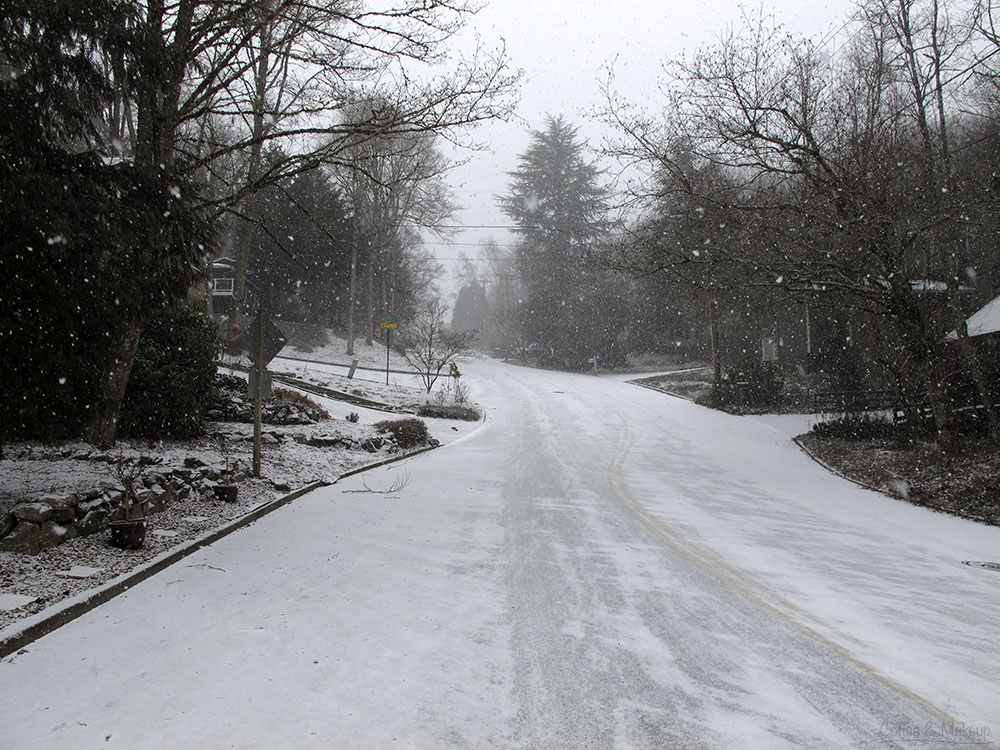 And here’s that same street a little while later (notice all the cars on the right side – they are stuck): 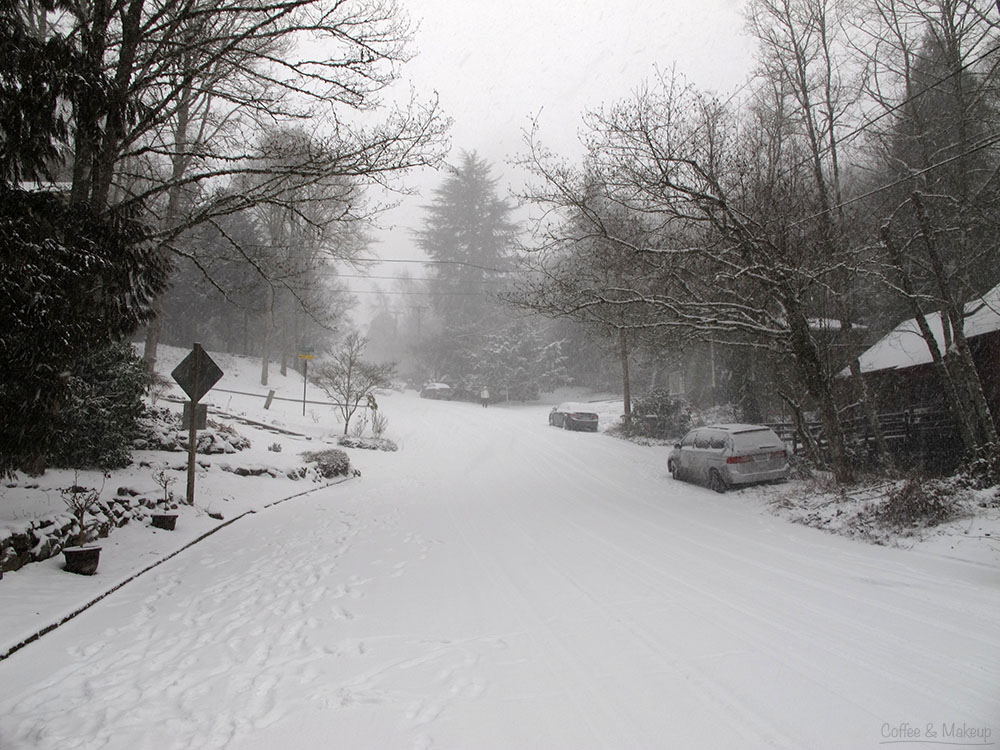 We live at the bottom of a hill and people were trying to drive up that hill to get home. Several cars made part of the way up before losing momentum and sliding backwards into the curb. I saw a few people walking home who had left their cars behind.

We avoided that hill and instead took a short jaunt the other way on our street: 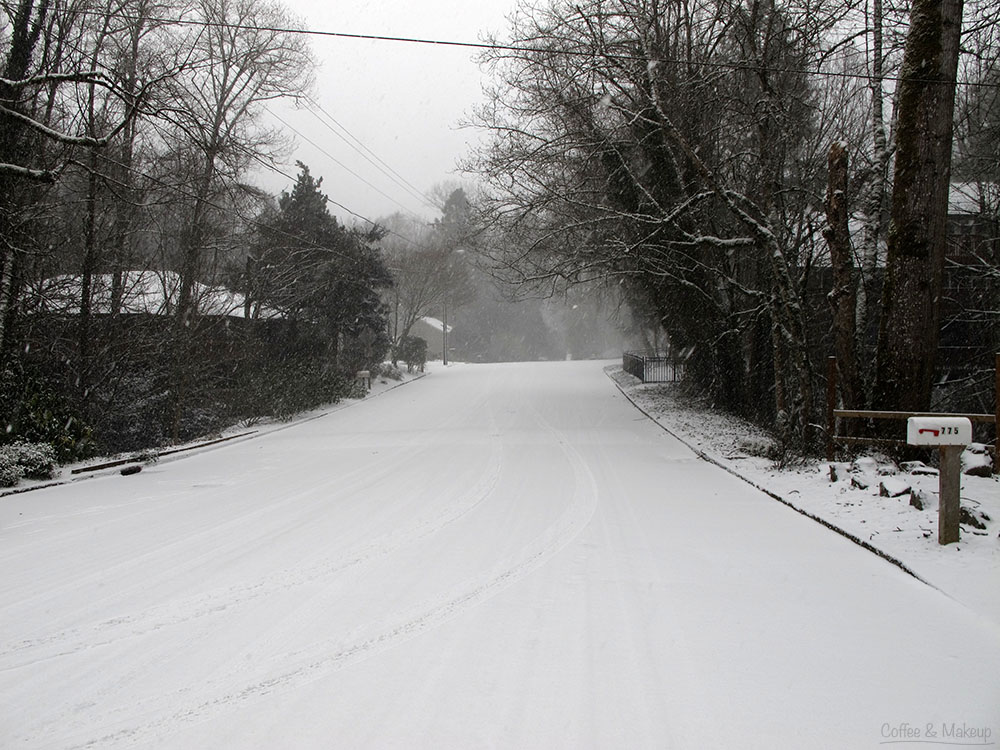 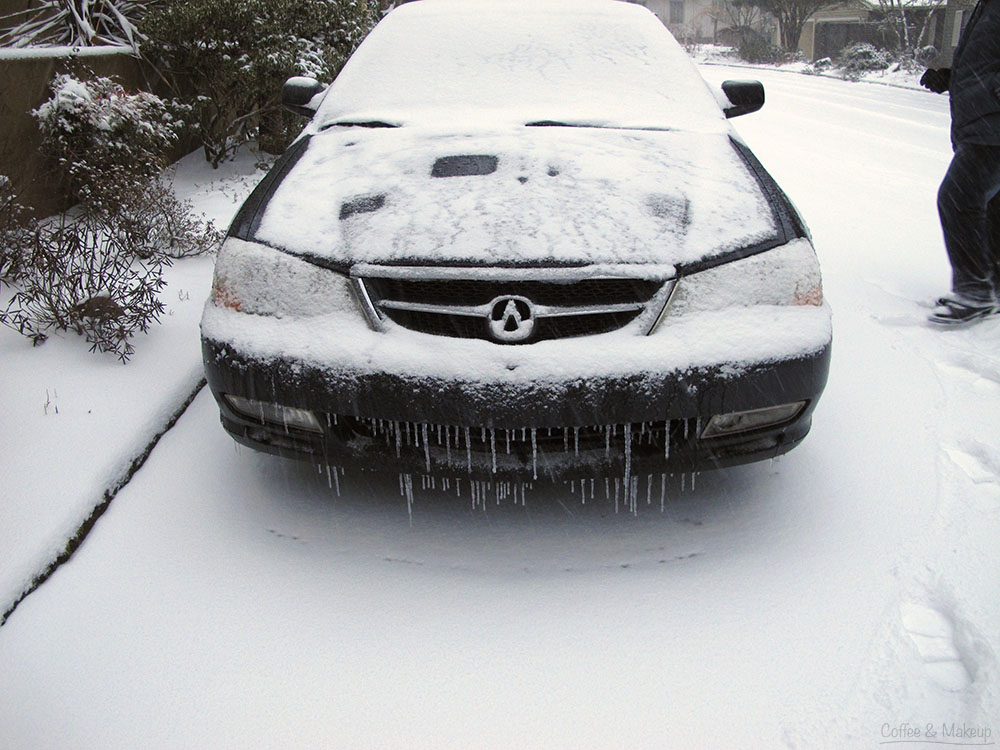 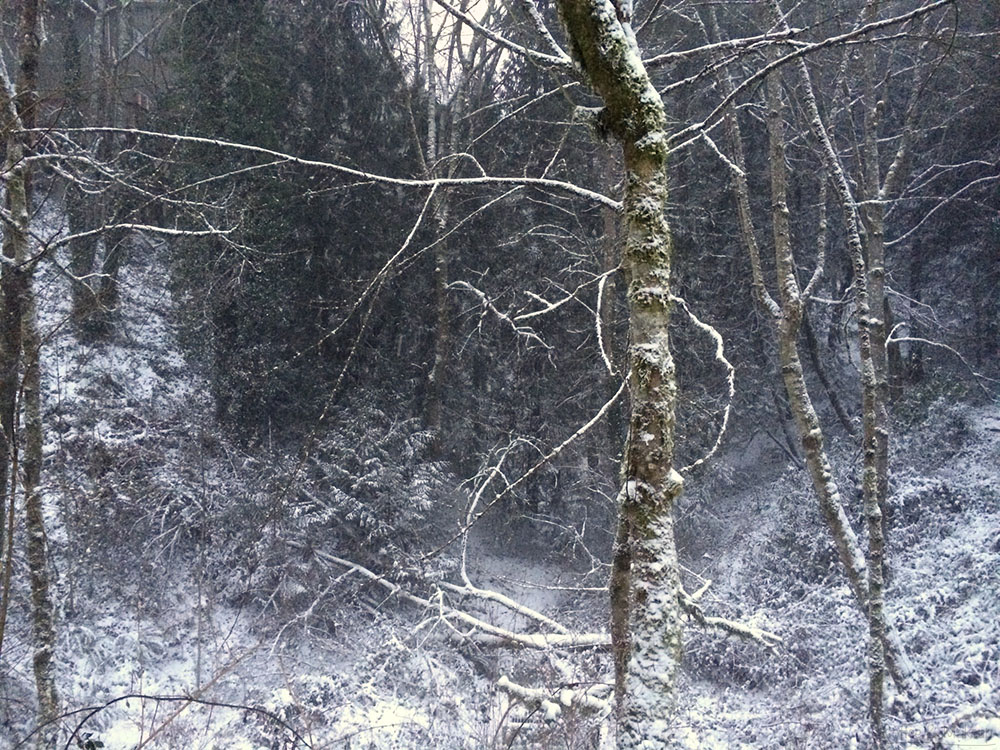 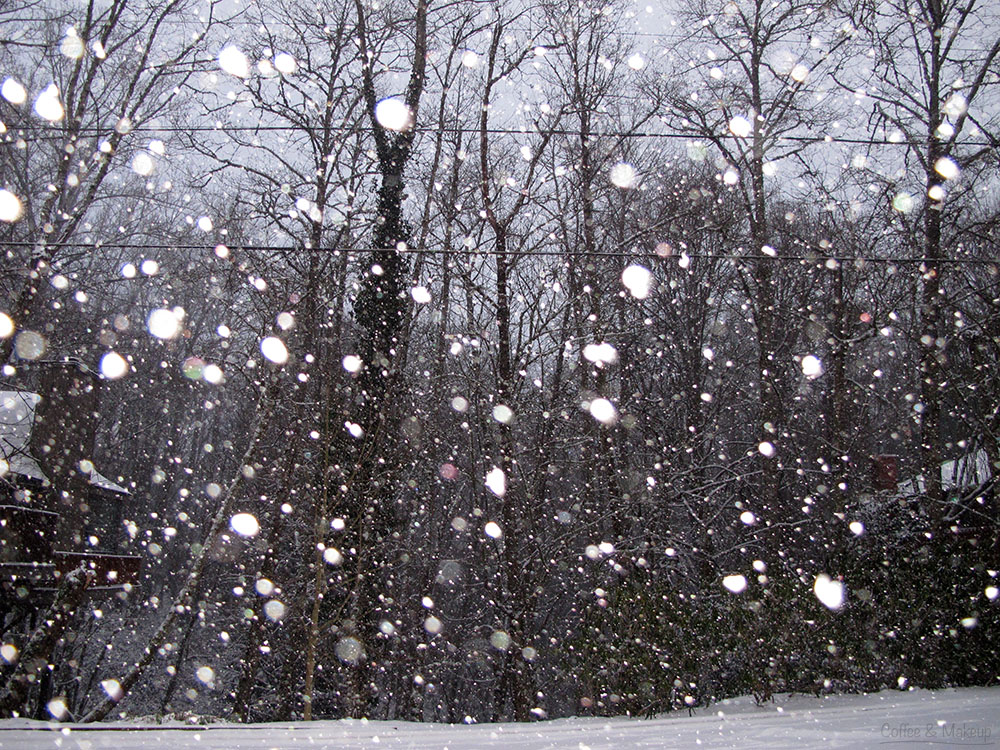 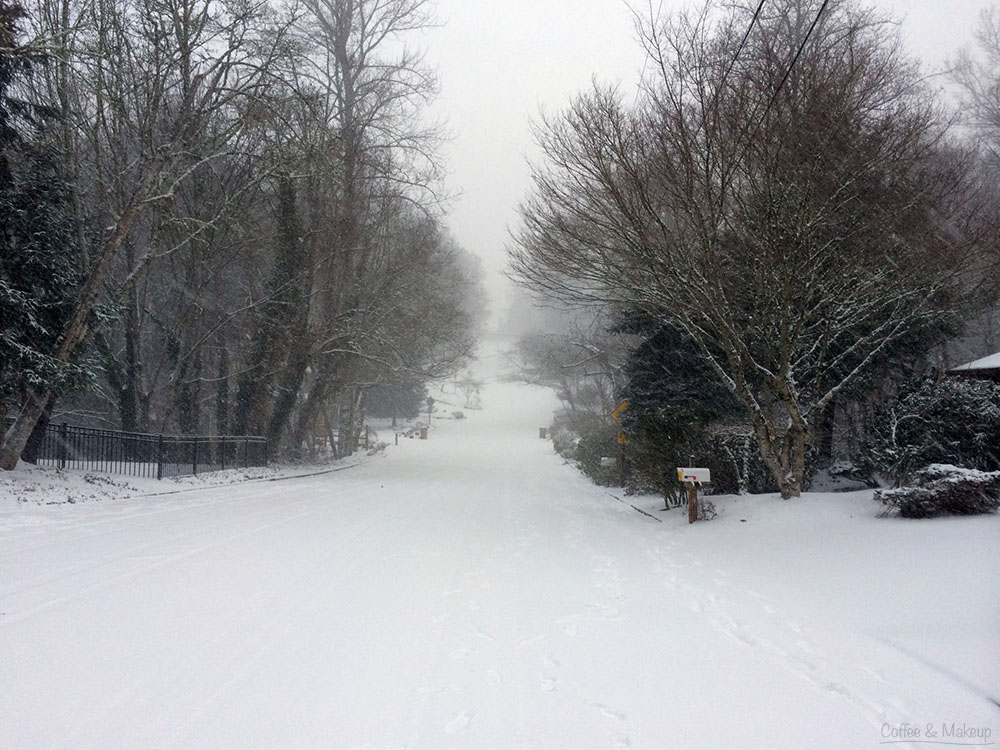 Finally, back in the warm house and tracking in snow, of course: 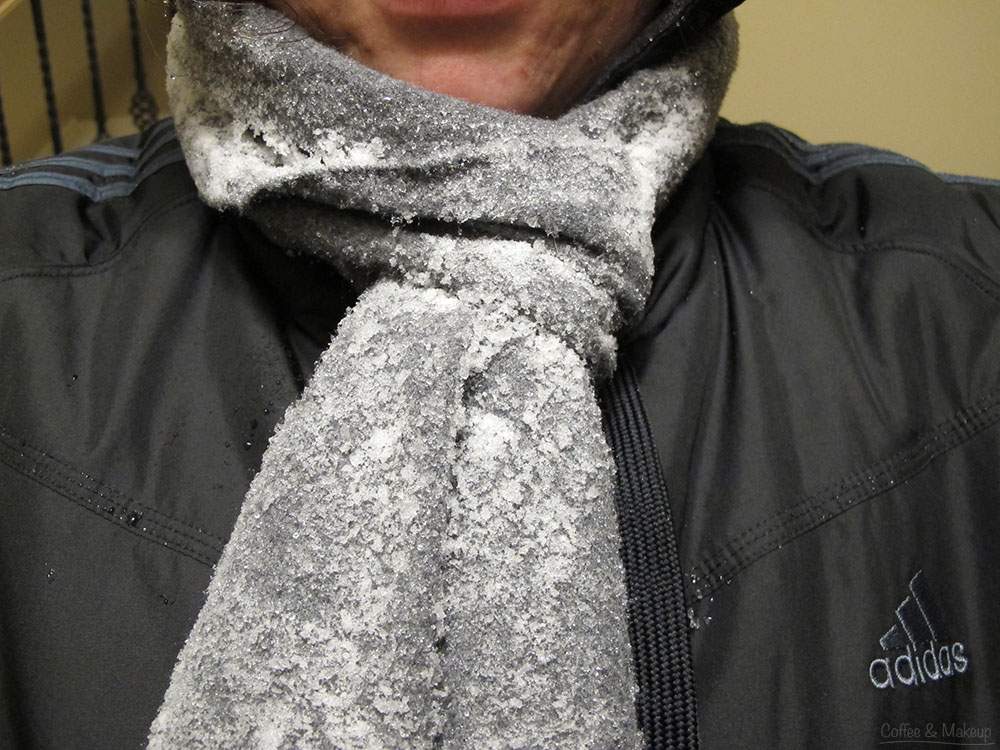 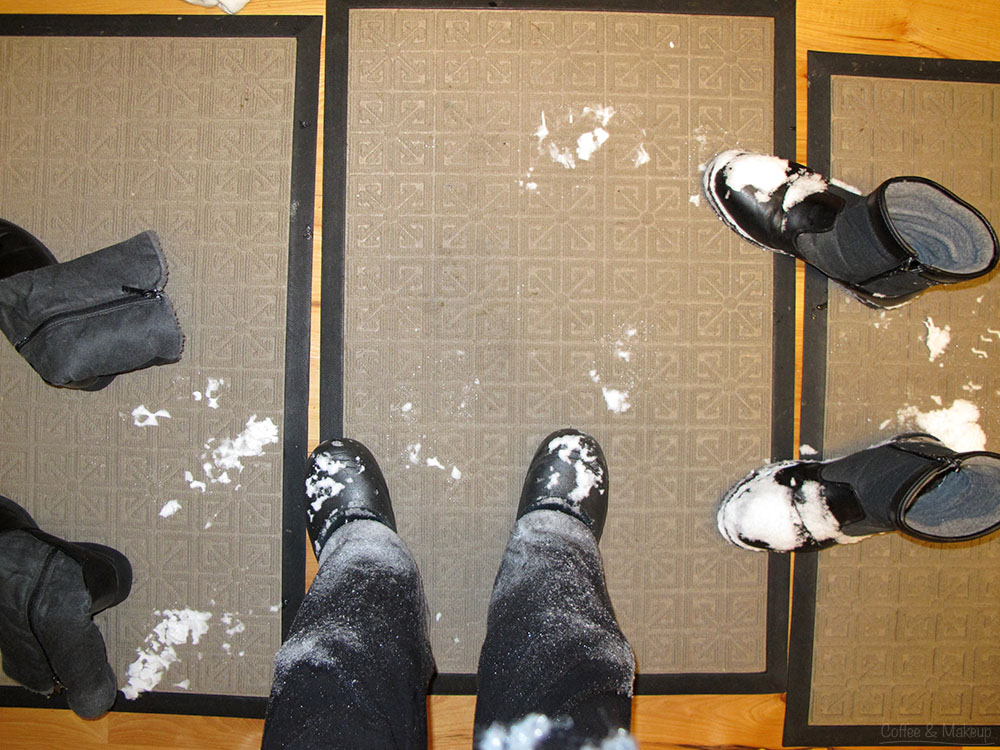 Our two pugs, Treasure and Sugar, having fun in the snow: 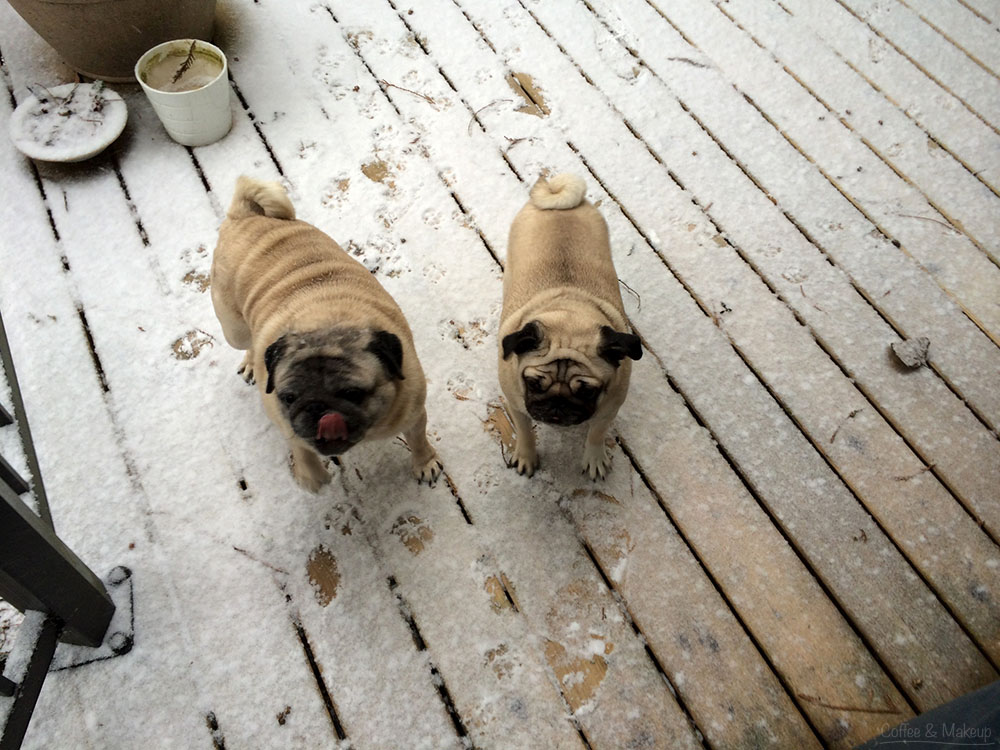