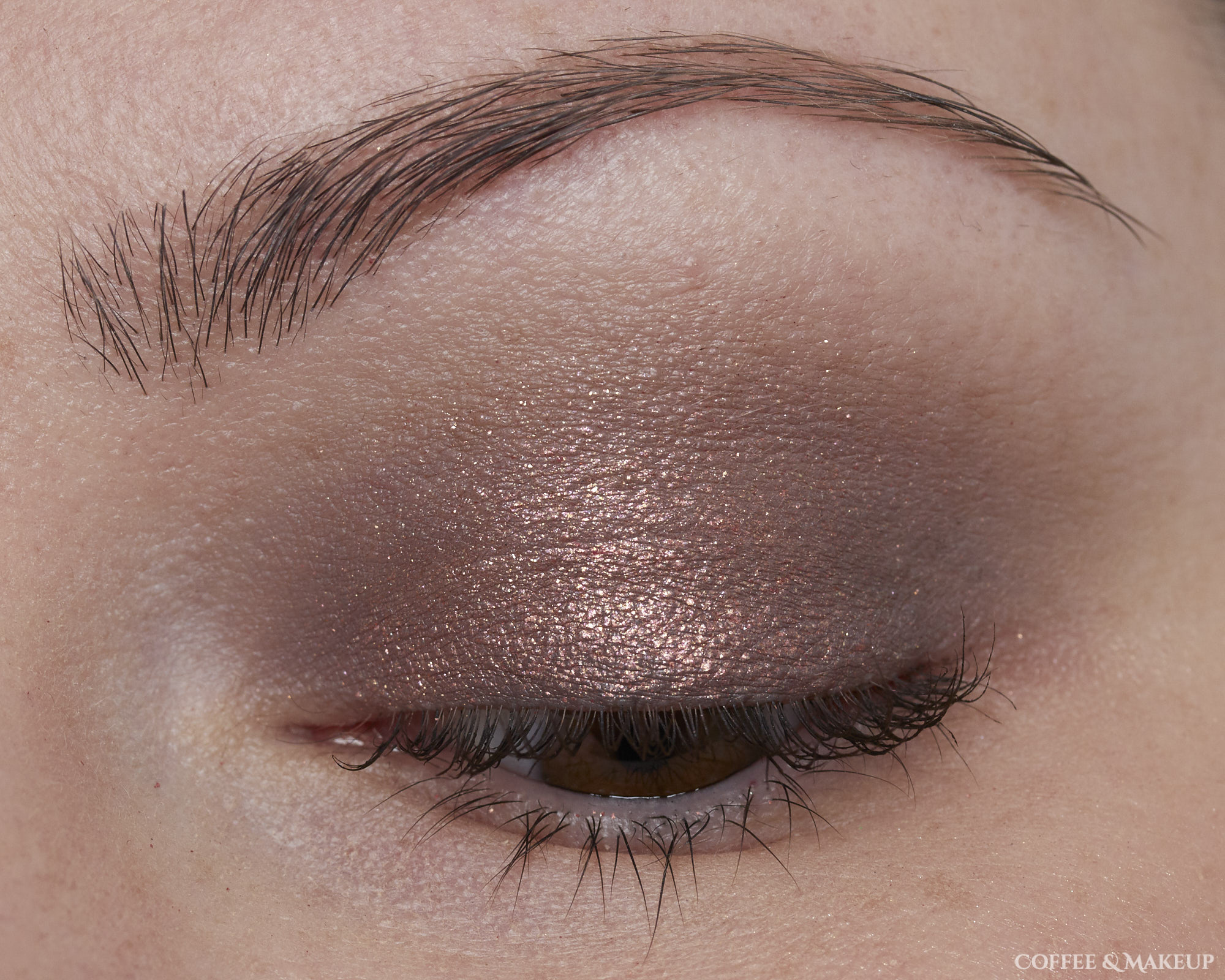 I did my base makeup almost the same as yesterday except I applied both the powder and the foundation more lightly. I also switched to a different under eye concealer since my under eyes were a bit dry. My foundation didn’t really have the same smooth look as yesterday. Possibly it was due to applying the foundation more heavily and baking with my powder. I chose not to do that today though because my makeup started to look a bit cakey later in the day yesterday.

Edit: After wearing this look for 8 hours, the base makeup lasted better today. There was still some cakiness but not as much as yesterday. My skin was dewy at the end of the day but not excessively greasy. The overall effect was a bit more natural looking. I would probably not wear this combination of foundations again if I was looking for longevity but I do like how it looks earlier in the day.

Today I decided to try a different grey eyeshadow that I have in my collection to see how it compared to the Ulta eyeshadow I used yesterday. This one was more pigmented but also more firmly pressed into the pan so I was able to control how much color I was depositing onto my lid. I still had to spend a considerable amount of time building and blending to get even pigmentation and a smooth blend in the crease. However, I didn’t have any issues with the color dusting away too easily.

For the sparkly topper, I used a shade from the Huda Beauty Nude Light Palette with a slightly dampened fluffy brush.

Edit: At the end of the day there was some very faint fading in the crease on one eye. I don’t think much if any of the sparkle fell out during wear time but it is hard to tell because there was quite a bit of fallout that I had to brush away after I initially applied it. I have to say that I do like the Viseart formula better than the Ulta formula for this grey shade. It wasn’t necessarily easier to apply, but it was easier to control. The Milani Eyeshadow Primer also works much better for increasing shadow wear time for me than the Anastasia Beverly Hills Eye Primer.

This contour palette is my favorite but it is no longer available at Ulta. The only somewhat suitable alternative I have is LA Girl Just Blushing Blush in Just Because but the one I have is broken and makes a mess when I use it. I used this only sometimes to try and make it last.

The Physicians Formula blush is extremely neutral and could almost be used as a contour but it has enough pink in it to work as a blush too.

Edit: The only thing that faded somewhat was the highlighter. The contour and blush both still looked strong by the end of the day.

Edit: This didn’t last long on me at all as I was drinking coffee and it smudges off onto the cup very easily. I still like this formula though for a hydrating lip color.