I’ve been wanting to spend some more focused time using my monochromatic 9-pan palettes from ColourPop for a very long time. The Blue Moon palette is the one I used most recently so I figured I might as well keep using the same one for a bit. Below, I swatched all the shades both heavily with my finger and more lightly with a brush to make it easier to see what is in each of the shades. It can be hard to see the sizes of particles and undertones when a shade is only seen in a heavy swatch. I’d say I apply shades that heavily on my eyes only about half the time.

So far, I’ve only done 4 looks that incorporate this palette, so any thoughts I wrote about specific shades are based on that. 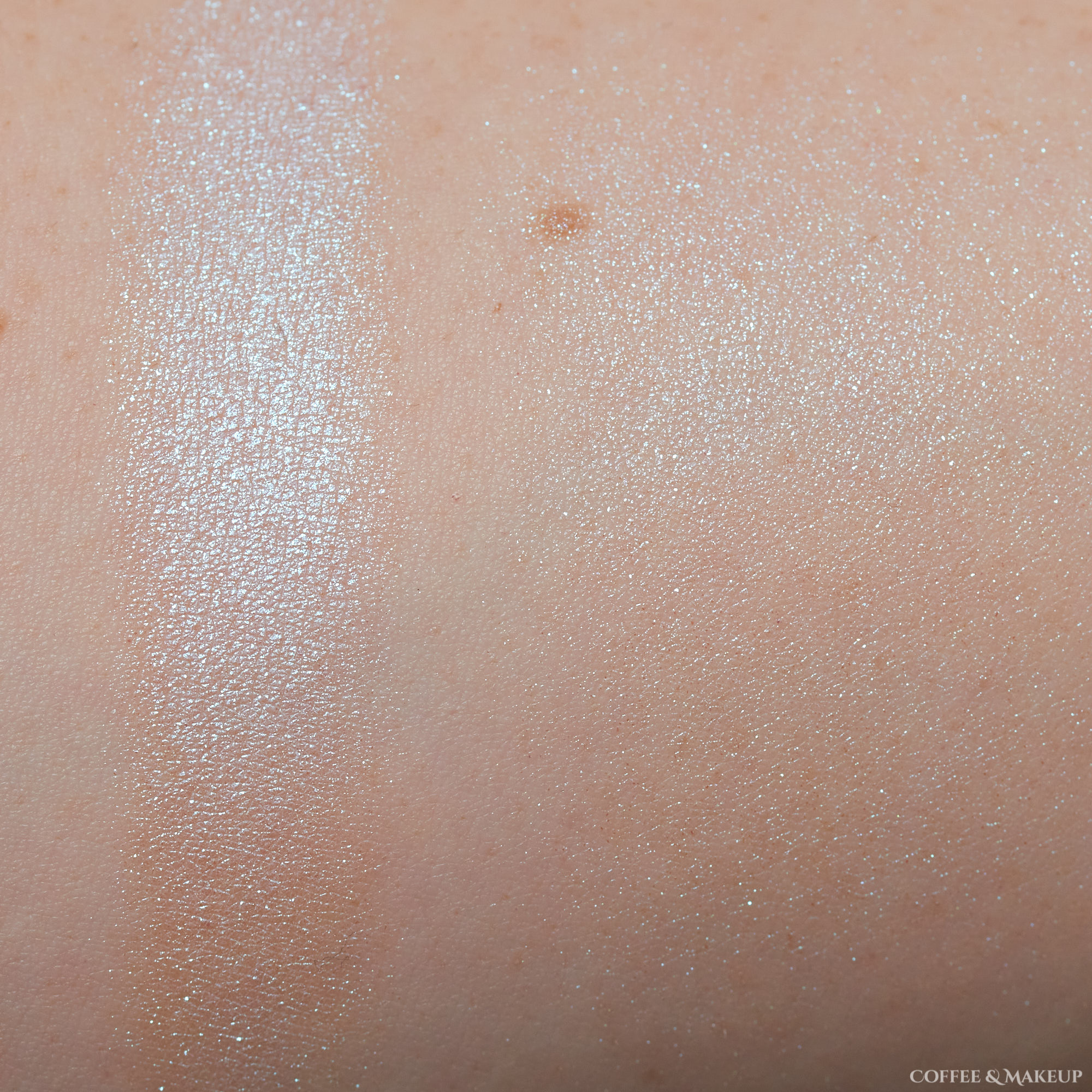 Lumi has a nearly clear base with a mixture of ultra fine light blue shimmer and medium sized sparkles. In the heavier swatch, I can see the “clear” base in the shadow as a slightly darker and more yellow tone than the rest of my skin. I haven’t noticed this effect on the eye. 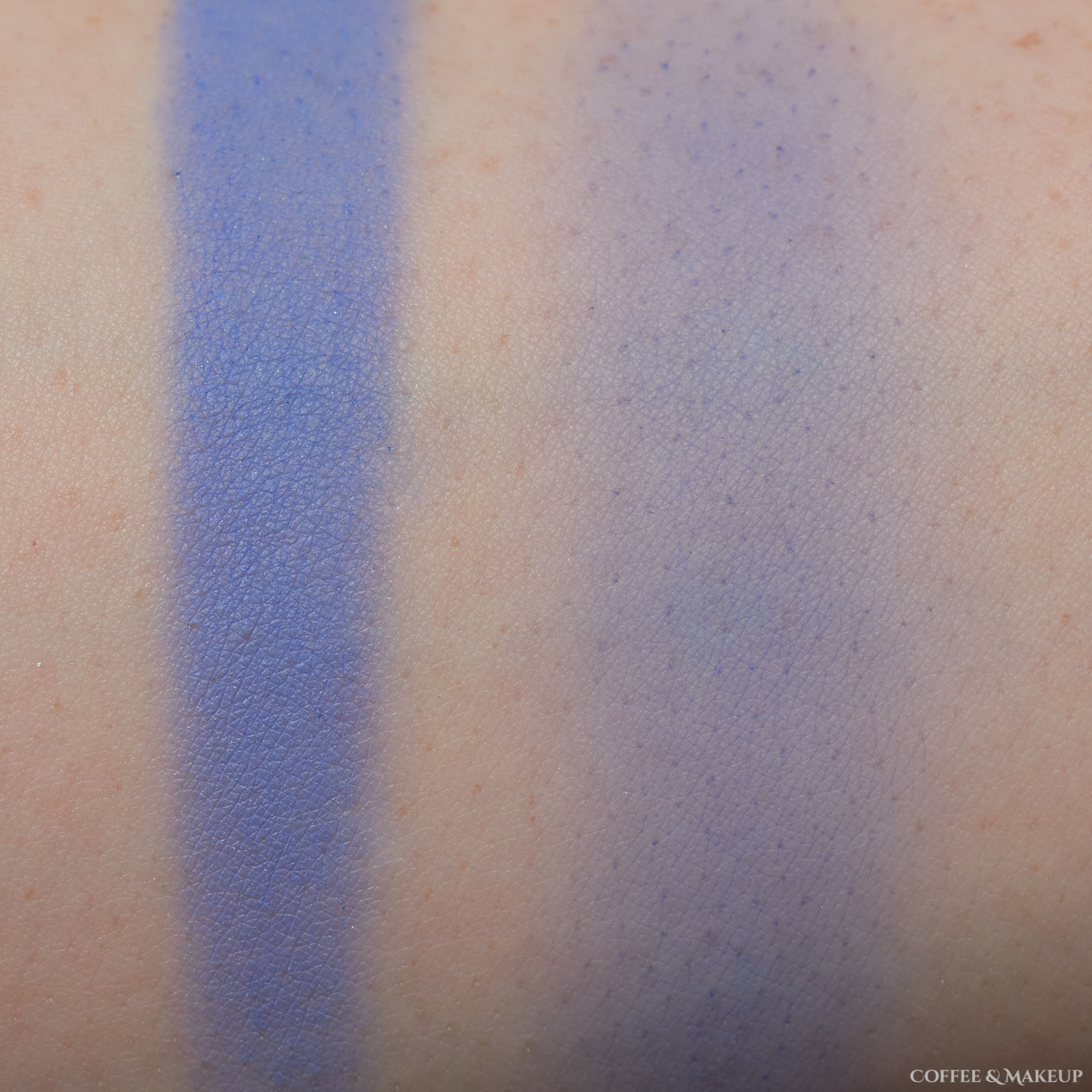 Da Ba Dee is a matte periwinkle. It is noticeably more purple toned than the rest of the shades in the palette. I had some trouble getting this to adhere to my lid in one of my looks. 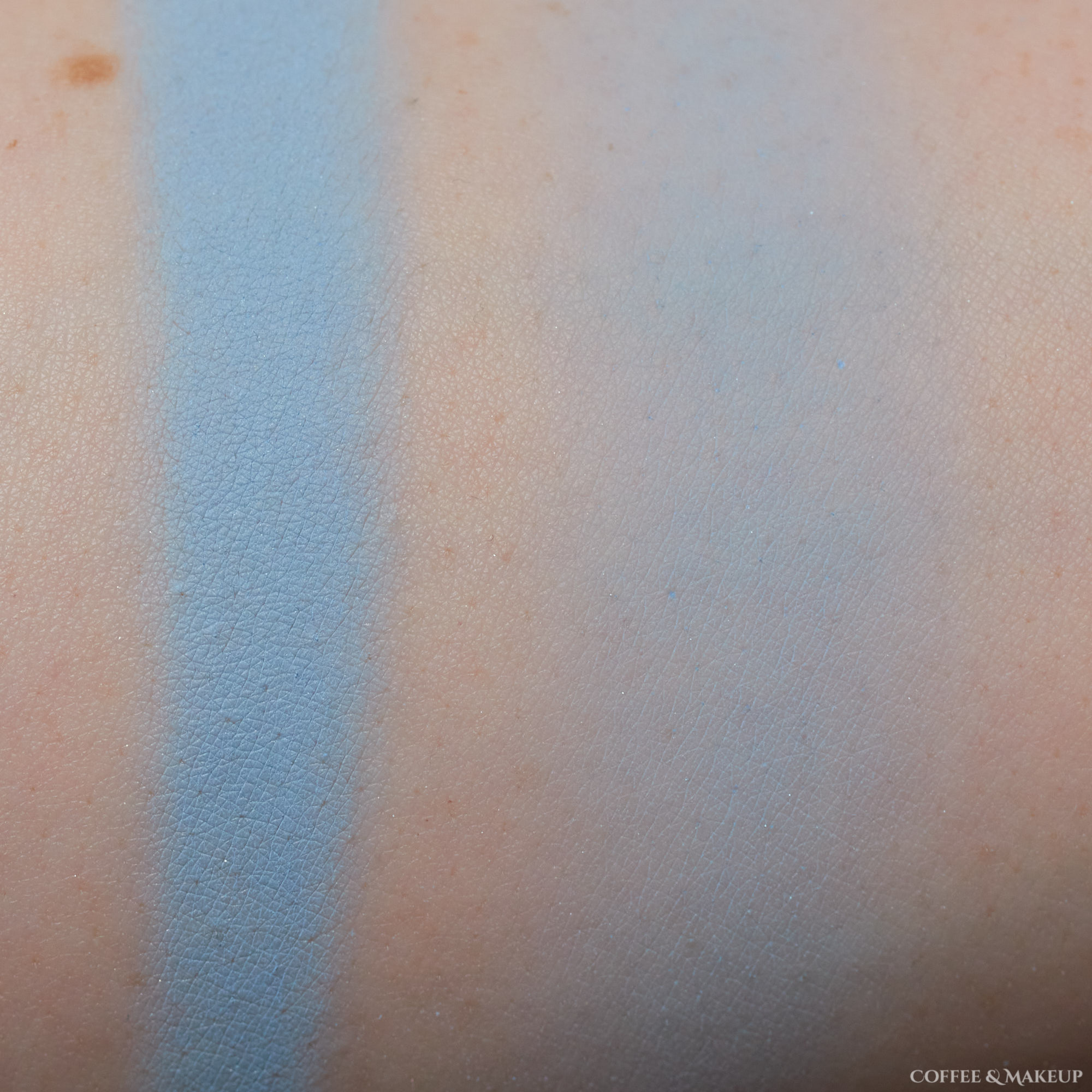 Moonlite is a matte sky blue with cooler undertones. It is similar to Starry Eyed but isn’t as “warm” and has less color payoff. 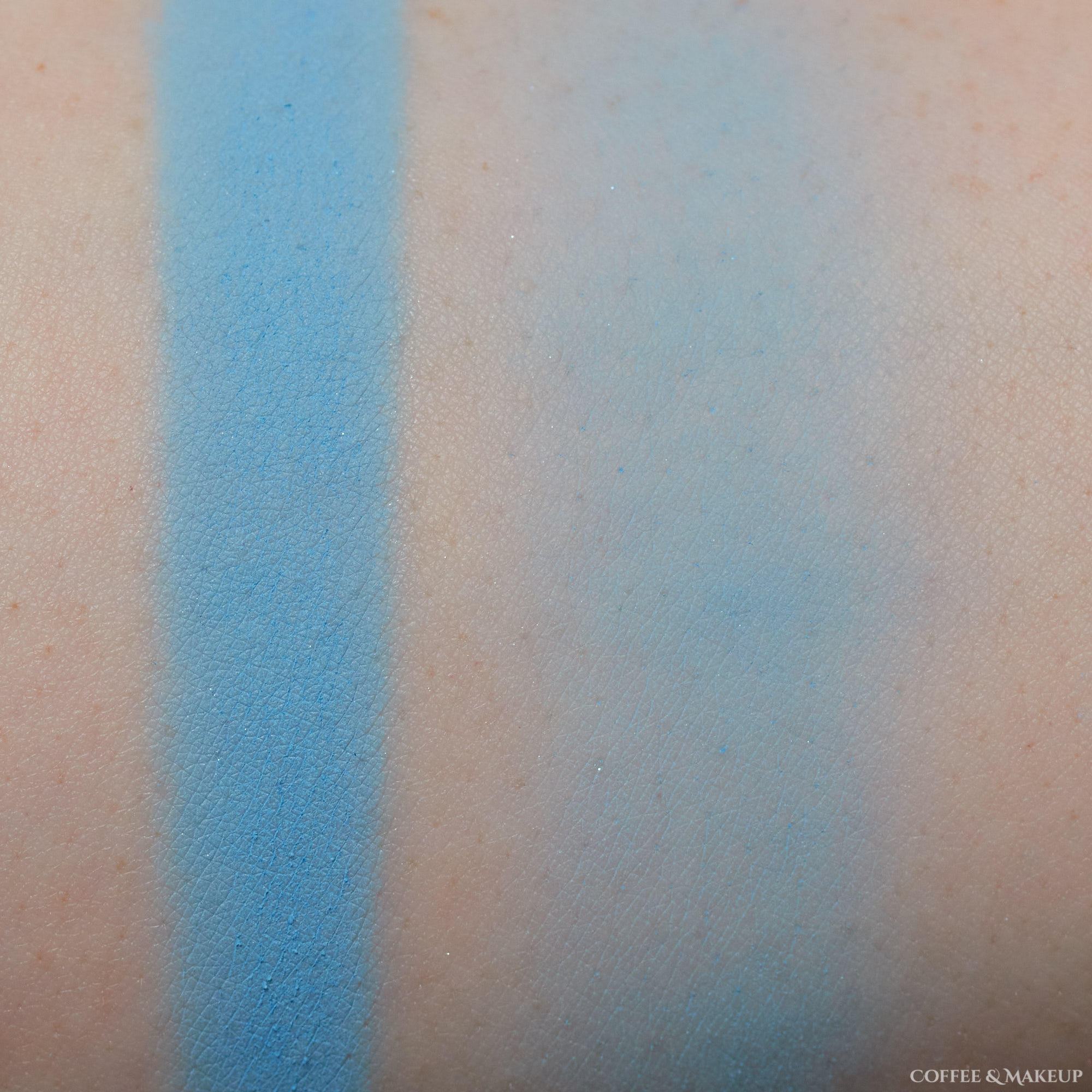 Starry Eyed is Moonlite’s more vibrant cousin. I haven’t decided yet, but I think both of these shades were probably not necessary in this palette. 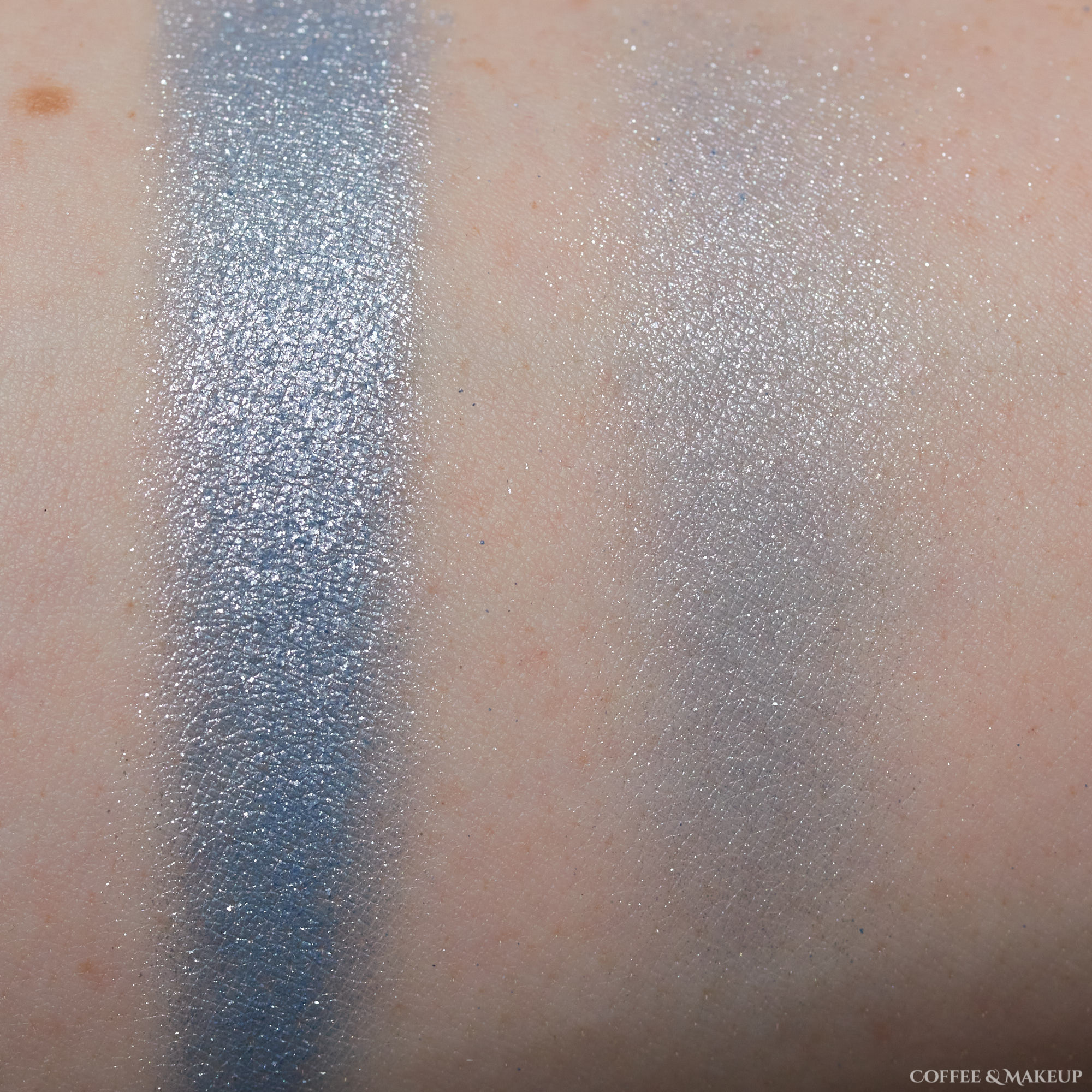 Billie Jean is a silvery light blue that reminds me of the color of denim. I’m sure the name of this shade influenced the association in my mind. It has both fine shimmer and medium sized sparkles but doesn’t have too much fallout during application. It’s kind of an interesting borderline shade that will look different depending on what other shades it is placed next to. It can range from looking like a true silver to more of a light blue. 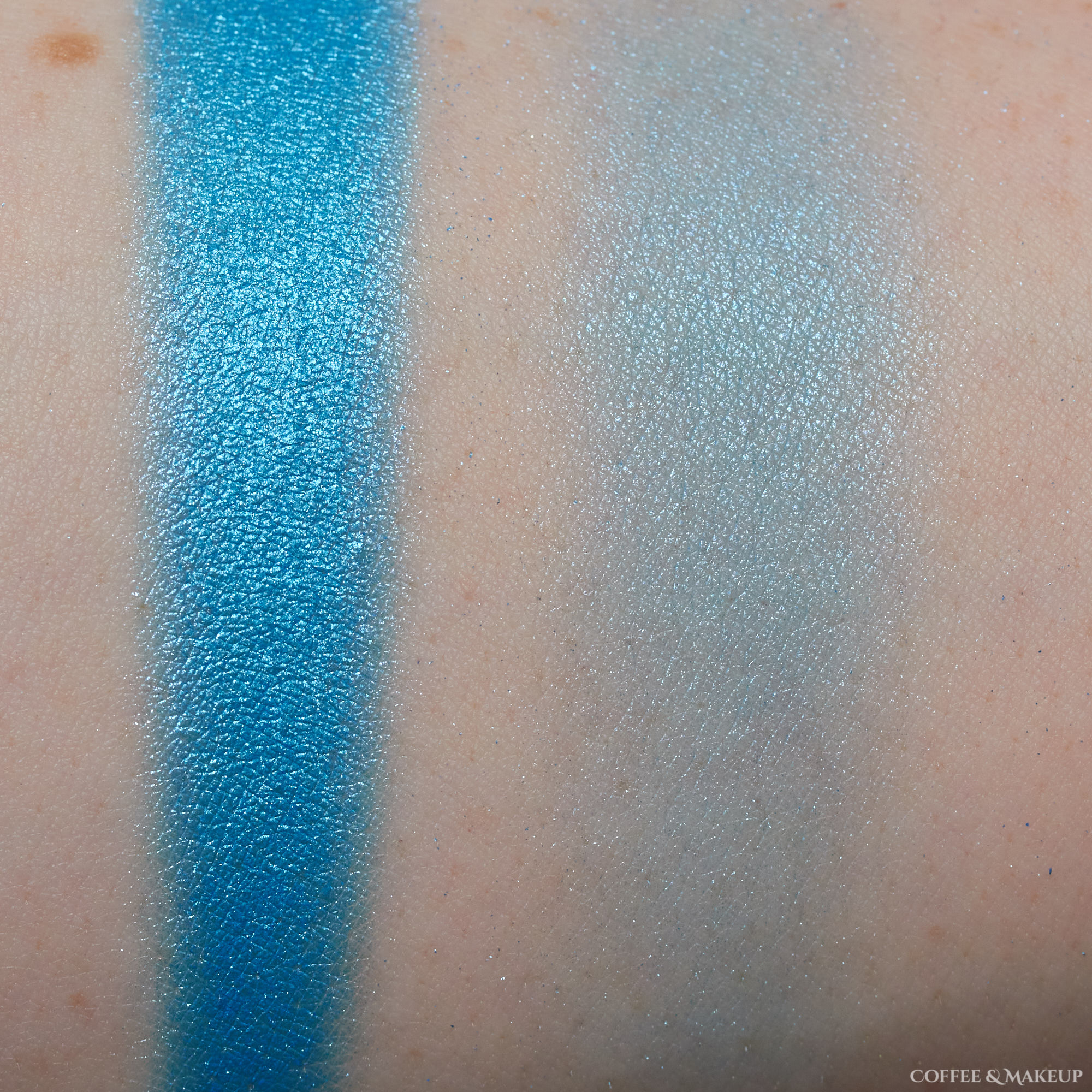 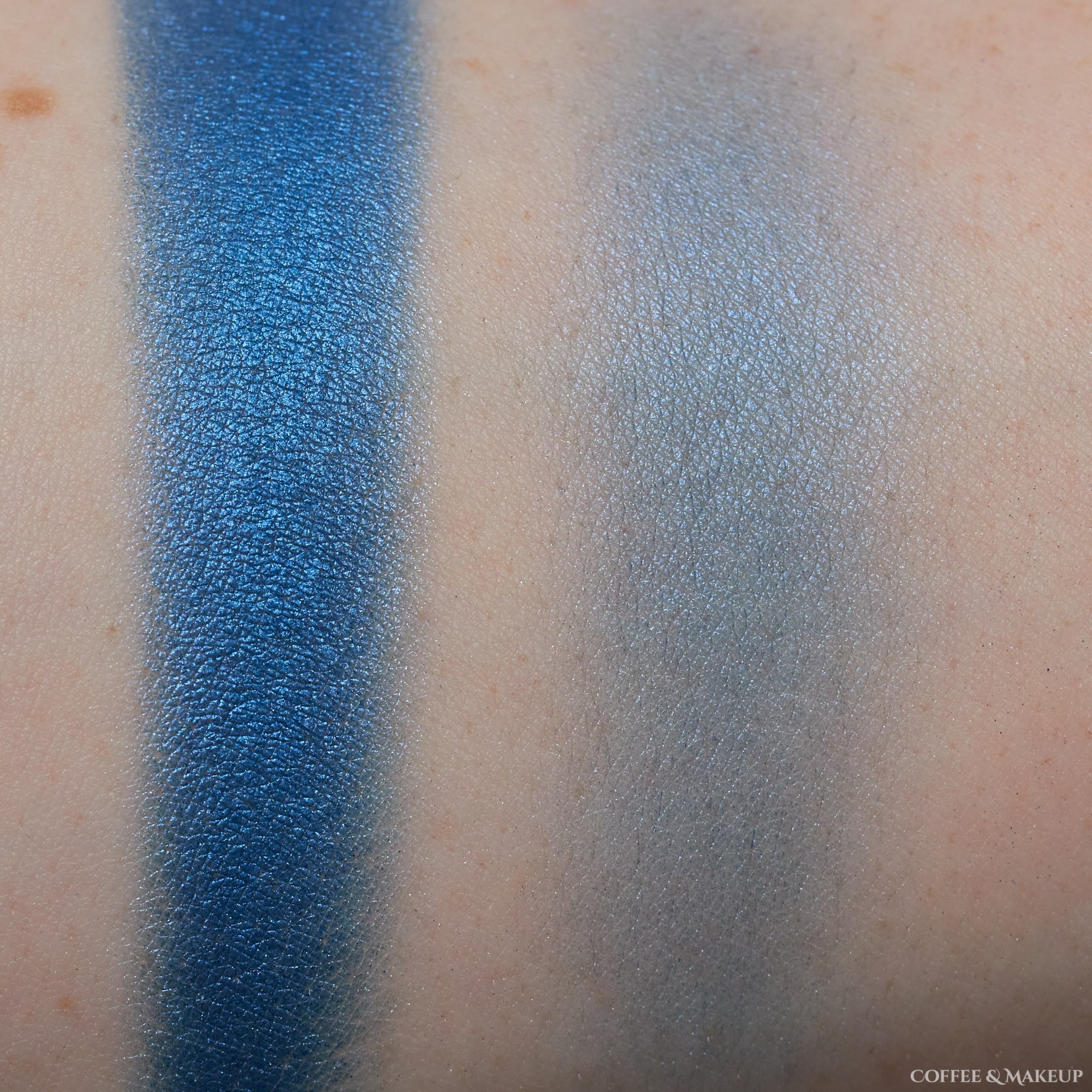 Mad About U is a satin finish deeper blue shimmer. 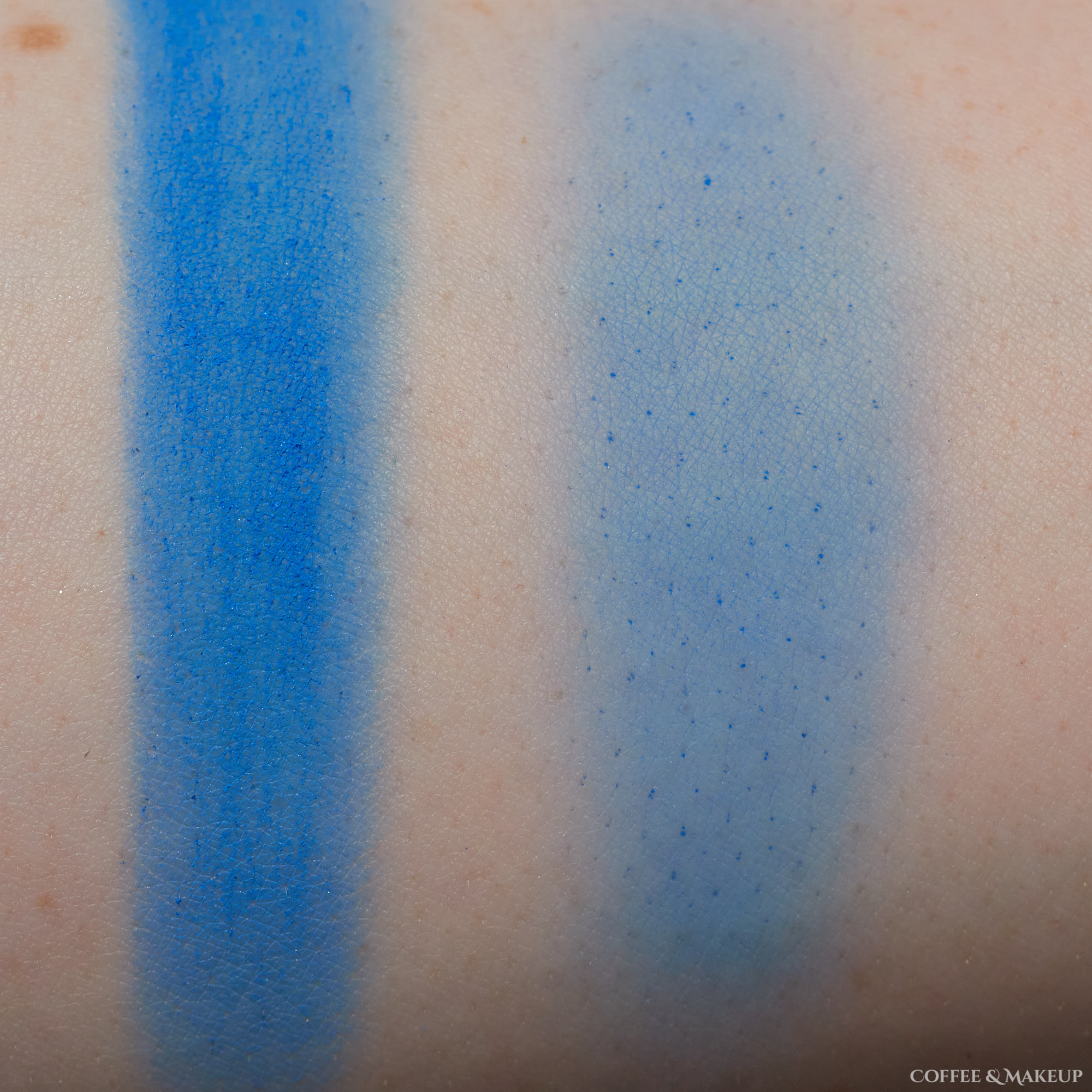 I guess I would describe Fine China as a matte cobalt blue, maybe a bit lighter than that. It is the most intense shade in the palette and stands out against the two deeper shades in the bottom row when placed on the eye. 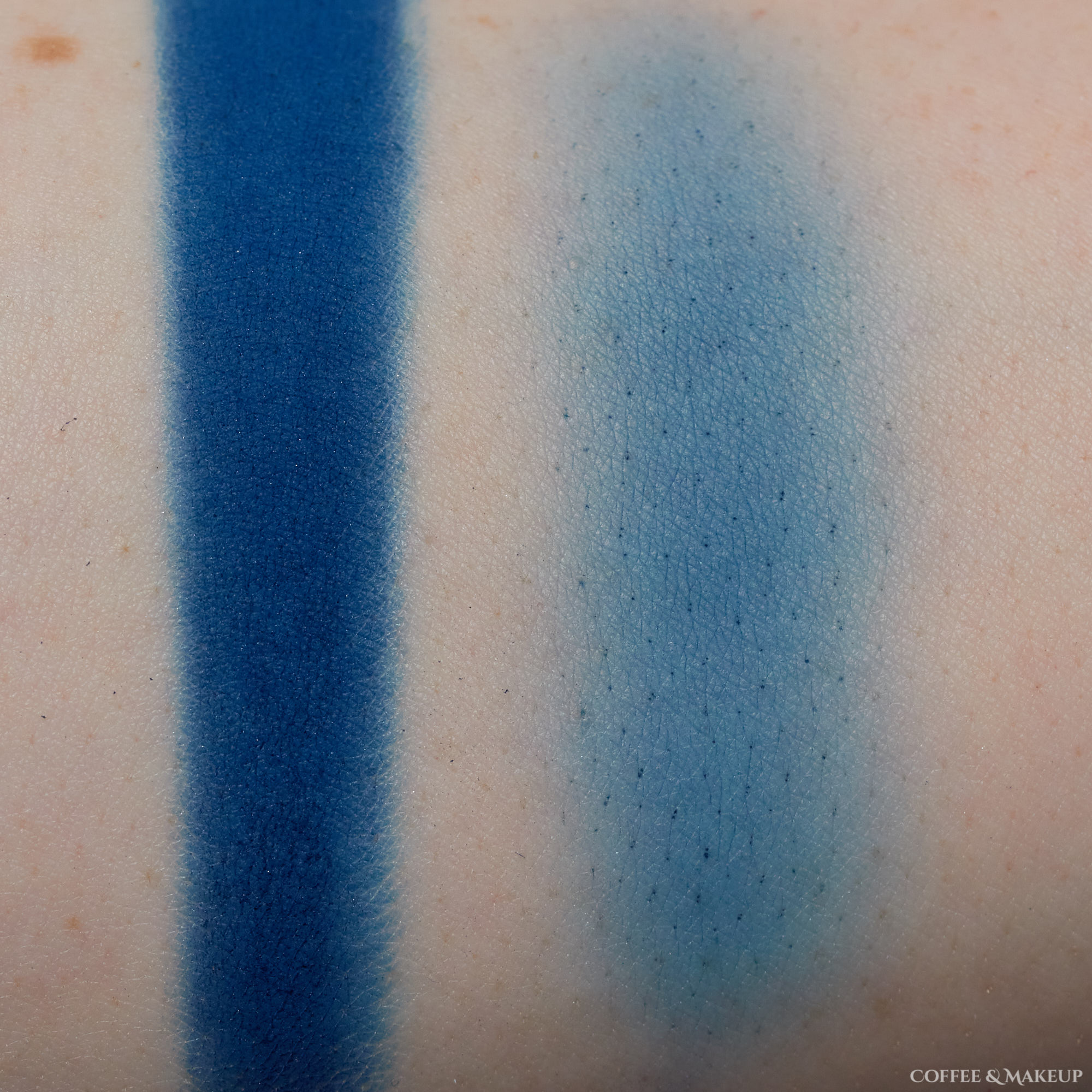 Clued In is a matte deep blue that fades into a blue-green when sheered out along the edges. It’s very pigmented and works well as eyeliner.